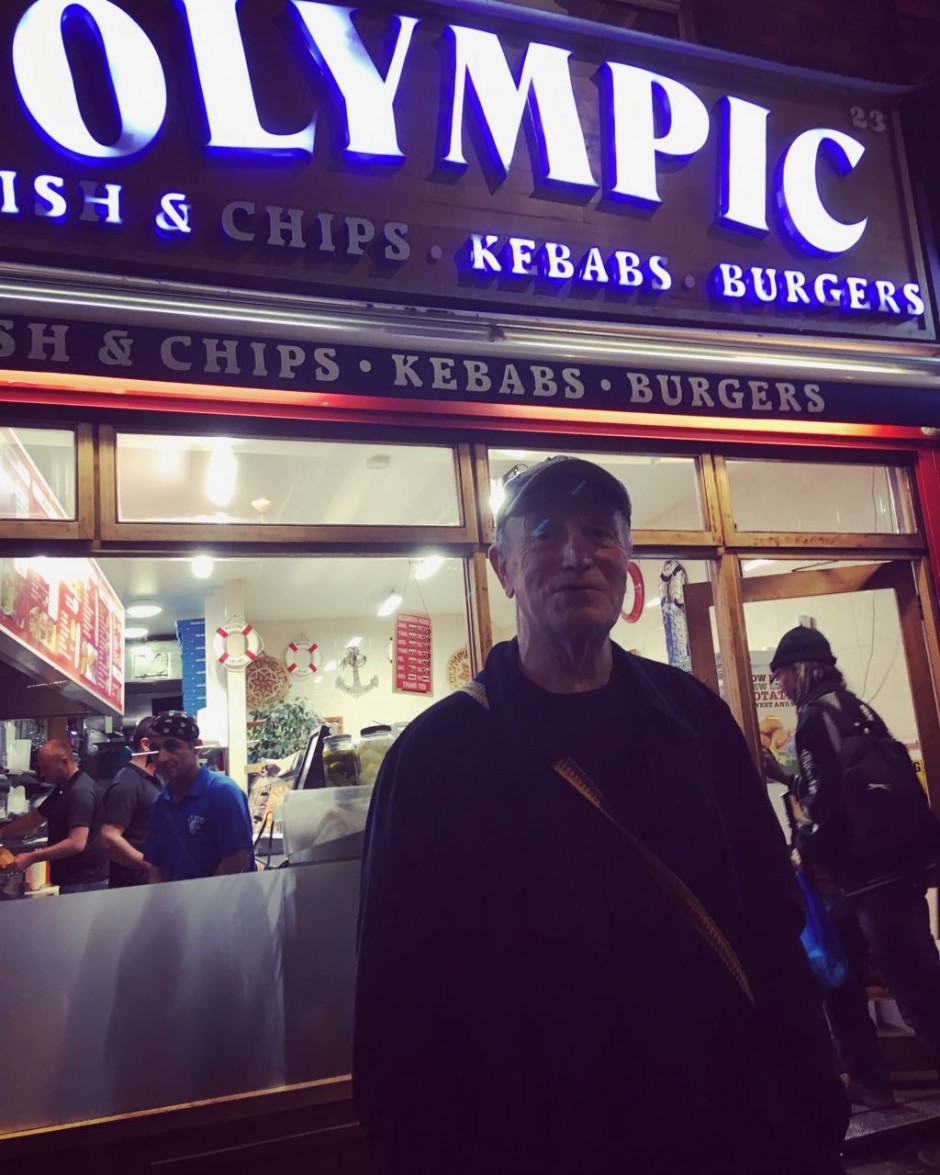 I had to photograph Iain Sinclair in front of Leytonstone’s Olympic Fish Bar in Church Lane. The great London writer had come to introduce his film collaboration with Andrew Kötting, Edith Walks at Leytonstone Pop-Up Cinema in Leytonstone Library. Iain had been a prominent critic of the London 2012 Olympics, resulting in Hackney Council temporarily banning him in 2008 from speaking in its libraries. 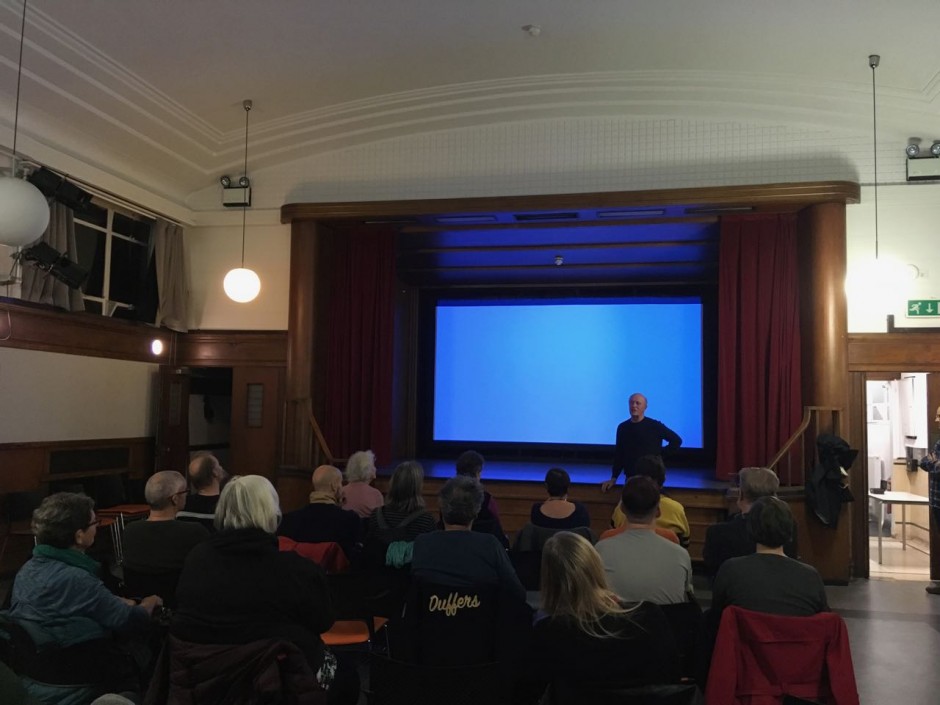 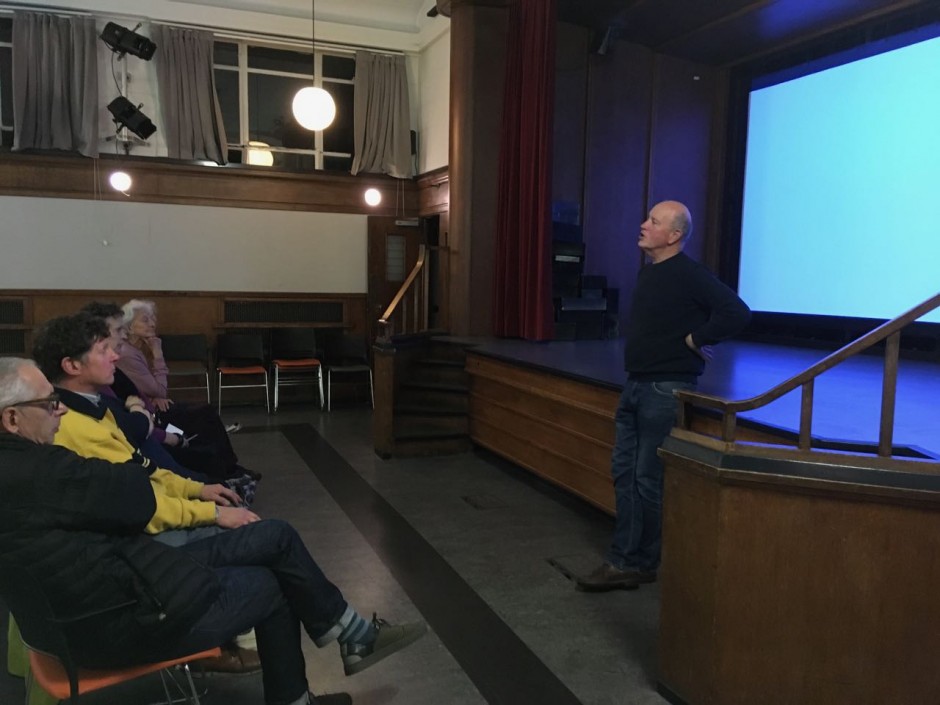 When introducing Iain Sinclair, I mentioned how in the boom years of the psychogeography revival at the turn of the millenium, the idea of a Sinclair – Kötting collaboration was considered the psychogeographer’s ‘dream ticket’. Then while I was working at the National Film Theatre that dream ticket quite incredibly manifested itself with the film Offshore Gallivant, which screened at the NFT in 2006. Iain gave a humorous account of the making of the film as the crew spent the entire trip throwing up over the side of the boat meaning little footage was actually shot, however somehow Kötting still managed to make a film.

Iain related this to the making of Edith Walks, one of a number of subsequent collaborations between the pair, documenting a pilgrimage in the wake of King Harold’s wife Edith Swanneck from Waltham Abbey to the battlefield at Hastings. The nature of a 100-mile walk meant footage was not easy to capture throughout. Some of the scenes I shot at Waltham Abbey and on the towpath to Enfield Lock made their way into the final cut. A fair percentage of the film was shot on iphones using a Super8 app. The result was something magical and entrancing that the audience received warmly and sparked a fascinating discussion after the screening. 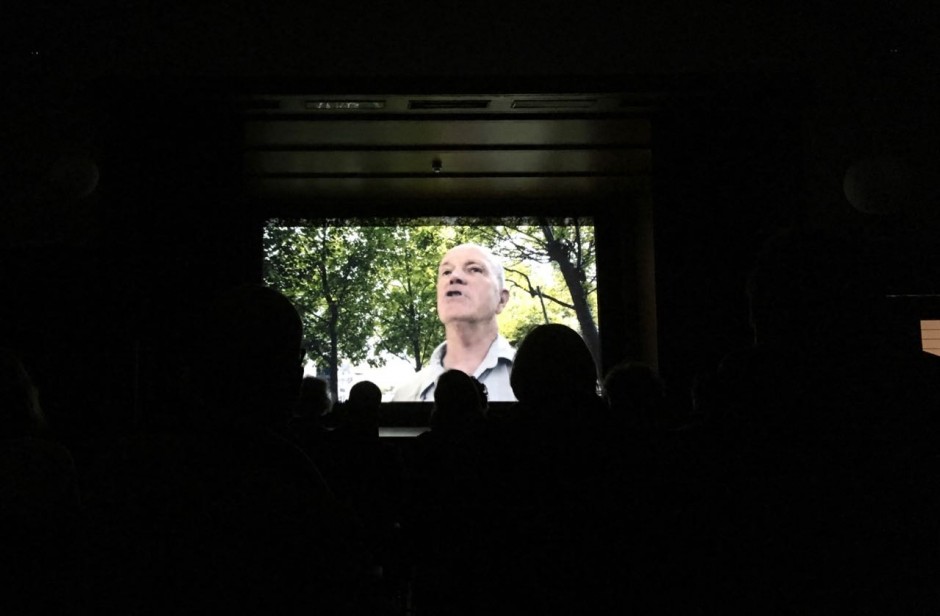 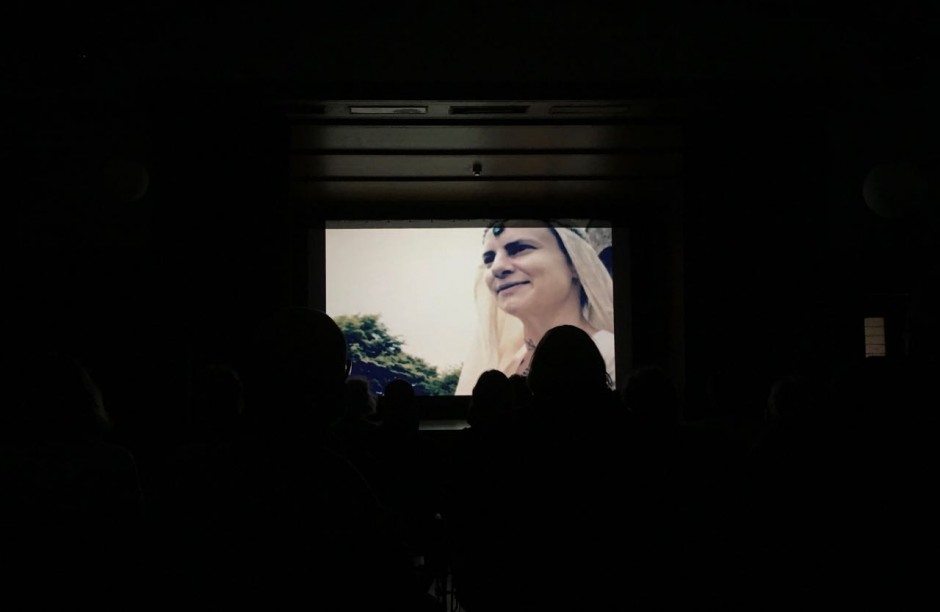